Keep up with us as we prepare boys for the long run. Get regular updates on our registration dates, races, and latest news.

You’re all signed up to receive regular updates on our registration dates, races, and latest news to your inbox.

Let Me Run has been such an exciting and fulfilling experience for Blake. I remember him asking for me to sign him up for the program because he wanted to try it. Little did I know it would develop into something he truly loves. The coaches are spectacular. Their dedication and commitment to the kids go beyond my expectations. They truly want and help each and every kid to succeed. The lessons learned and friendships developed are a special benefit of the program as well. To see those kids at the race giving support and encouragement to each other was remarkable. Let Me Run was Blake's first experience with running. He developed a love for running and realized a talent he never would have discovered without Let Me Run. So for anyone wondering if this program is right for their kid, I would say its worth a try. You never know your child's ability until given the opportunity.

Since starting Let Me Run just one year ago, his running has gone from running after school with his teammates at Let Me Run to just returning from the National Junior Olympic Cross Country Championships. 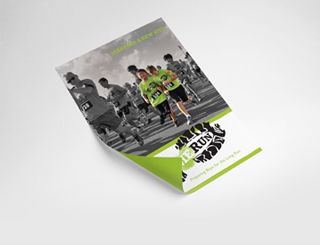